The National Freedom To Speak Up Guardian for NHS whistleblowing finally started establishing her advisory group in this last two months, but without proper advertisement.

This was despite her promise over a year ago that this advisory group would be pivotal in determining her case review process:

“She said the cases the office would look at would be decided by a “stakeholder advisory group”, which would include people with experience of whistleblowing.” 1

Clearly, as her case review process had already been finalised and launched in June 2017 and case reviews had already started in July 2017 , the advisory group was in reality little more than an afterthought.

Some whistleblowers who had previous contact with her office received individual invitations to apply for places on the advisory group, and some information appeared on her small section of the CQC website.

But it was not a truly open process with equal access for all. The whiff of a tokenism once more wafted down the corridors of 151 Buckingham Palace Rd.

Despite the National Guardian having informed me that numbers would be kept to a manageable level to make the group workable, everybody who applied has to my knowledge been accepted. And based on information from the National Guardian’s office, there were over twenty applications.

All manner of applications were received, from terse, one paragraph, take-it-or-leave-it-I’m-a-staunch-critic jobs to lengthy essays.

But eventually, there was one very significant application that was turned down.

Helen Rochester, a veteran whistleblower twice seriously harmed by the National Guardian’s employer and paymaster the CQC, was firmly barred by Henrietta Hughes.

Helen Rochester did not know about the advisory group, but recently wrote to the National Guardian to suggest that whistleblowers should be hired as a specialist type of Expert by Experience.

I suggested to the National Guardian that she allow Rochester to join her advisory group, and pointed out that the access to the group had not been properly advertised.

If anyone has vital, highly relevant insight into how thoroughly messed up the system is, and is ideal to speak on the advisory group, it is Rochester.

But the answer was No, based on the bureaucratic excuse that the deadline had passed, and the refusal has been rigidly maintained:

Obviously, this cannot have anything to do with the fact that Rochester made an Employment Tribunal claim against the CQC for complicity in whistleblower reprisal:

The National Guardian’s inflexible decision to leave Rochester in the cold is another big  nail in the coffin of her office’s credibility.

Henrietta Hughes had already seriously failed Rochester and all other whistleblowers by ducking a clear answer about whether she would ensure that the CQC would audit its practice on whistleblower confidentiality.

Standing up to the CQC would have required the courage of a true whistleblower.

It is most unseemly that Hughes excludes Rochester when she should be going out of her way to embrace her, and thereby send a very clear message to the CQC that whistleblower reprisal by the most senior officials is particularly unacceptable.

Hughes has so far told us, via the ever-willing Health Service Journal that she ‘whistleblew’ about an individual’s parking practices. I can’t say I was tremendously moved by her account or that it was clear to me that it was actually whistleblowing in the accepted sense, as opposed to performance management duties expected of any manager.

No amount of cult of personality and spin – see the twitter hashtag #FTSU for the breathless tweets from the latest National Guardian conference on 19 October 2017 for examples – will compensate for lack of substance. 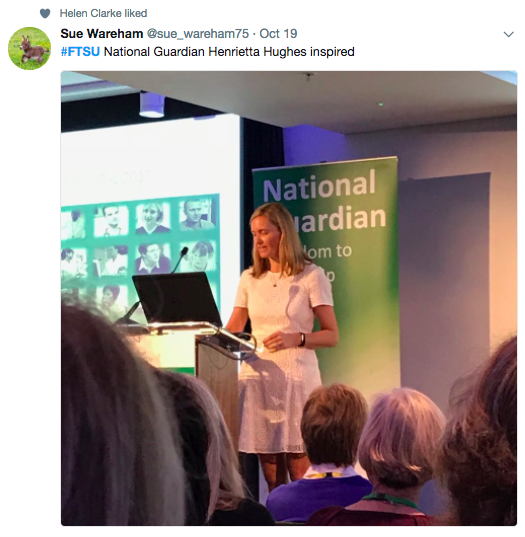 This was perhaps the most telling tweet from the National Guardian’s recent conference: 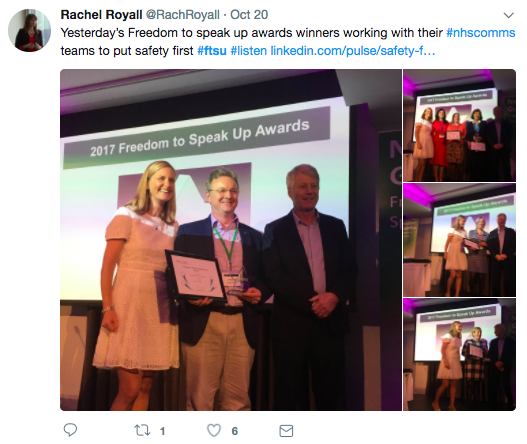 Hughes has now issued documents on the operation of her advisory group which in my view smack of secrecy and control:

There is great emphasis on ‘confidentiality’ under the guise of sensitivity. But as far as I am concerned, the advisory committee is a place of business with public accountability, not a support group. I reject any attempts to veil its proceedings under a cloud of faux paternalism.

I will also be seeking clarification about an impertinence by the National Guardian’s office through a demand that advisory group members:

It is crass of well-fed bureaucrats to ask this of frontline whistleblowers who have bled, starved and walked over coals to protect patients.

It would be even worse if this is a demand that harmed whistleblowers must specifically endorse Robert Francis’ and the National Guardian’s particular vision of ‘positive’ culture.

The National Guardian gave an interview to the Times a year ago, claiming that poor NHS culture could be sorted out ‘just like that’ if doctors and nurses were less grumpy. This resulted in derisive press headlines such as: ‘Turn that frown upside down! Grumpy doctors and nurses are told to ‘cheer’ up to improve level of care and end a culture of bullying in the NHS’.

I also remind readers of the National Guardian’s Brave New World edict in her previous life as an NHS England Medical Director:

“While researching I came across the 10:5 rule – when someone comes within 10 feet – smile, within 5 feet – say hello.

“I have started SHINE and the 10:5 rule within my team in London and shared it across the Directorate.”

Good manners and genuine respect are of course essential but such intrusive managerial demands are unacceptable, and impinge on the dignity of others.

Perhaps the National Guardian forgets that whistleblowers are now beyond such NHS managerial impositions, having been relieved of the employment relationship.

The National Guardian also seeks via her optimistically labelled document ‘Values and Expectations Agreement’ for her advisory group to banish ‘negative criticism’.

However, her ‘Agreement’ has not in fact been agreed by anyone.

I invite the National Guardian to stop all false positivity, patronising tone control and any censorship through misconceived application of confidentiality.

The advisory group has its first meeting on 3 November 2017. Based on the National Guardian’s office’s behaviour to date, the exercise will most likely be a shabby waste of whistleblowers’ time and energy.

But I intend to raise the issue of Helen Rochester’s exclusion at the meeting. 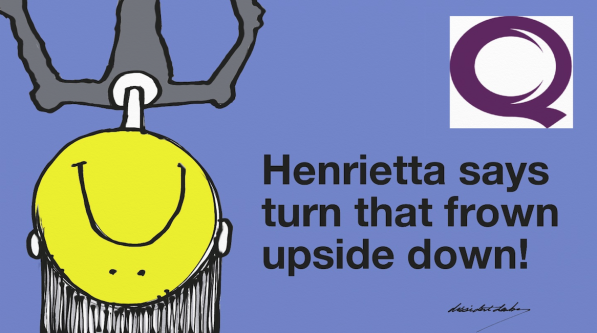 Letter to the Public Accounts Committee

1 Whistleblower Guardian will not be an investigation body, Will Hazel, HSJ 12 October 2016