This is a short ditty of our sad little post truth island, fluttering in the cold winds of oligarchs, cronyism and comedy politicians.

The CEO of Ipswich Hospital NHS Trust, Nick Hulme, took charge of the new trust. Hulme had previously been CEO of Croydon Health Services NHS Trust, which had been found guilty of serious whistleblower reprisal against Kevin Beatt cardiologist.

He had in fact been running Colchester in addition to Ipswich for some time before the official merger, with some controversy:

Colchester had its own long history of troubles with bullying and whistleblower woes, for example:

NHS whistleblowing laws ‘must change’…two administrative assistants at a scandal-hit hospital complained that they were “pressured or bullied” to falsify data relating to cancer patients to make it seem like people were being treated in line with national guidelines.

I asked the National Guardian to review Colchester because of a high level of reported whistleblower detriment, but no action ensued.

In November 2019 I informed CQC Chief Inspector of Hospitals Ted Baker that I had analysed the National Guardian’s published speaking up data, which is based on unverified data submitted by NHS trust Freedom to Speak Up Guardians. Notwithstanding issues about data quality, I found an astonishing level of whistleblower detriment at Nick Hulme’s trust (44.3% of cases when the overall national average was 4.4%).

Based on the National Guardian’s data, East Suffolk and North Essex NHS Foundation Trust was a very clear outlier, even allowing for differences in trust size and type.

The National Guardian must have been aware of this continuing pattern.

Ted Baker acknowledged the data that I sent him and agreed that the CQC could probably make more use of data gathered by Freedom To Speak Up Guardians. He promised to get back to me in due course but has not done so yet.

In the meantime, on 8 January 2020, the CQC issued another ‘ Requires Improvement’ rating on East Suffolk and North Essex NHS Foundation Trust. Despite the very high reported levels of whistleblower detriment, the trust kept its ‘Good’ rating on the Well Led domain. 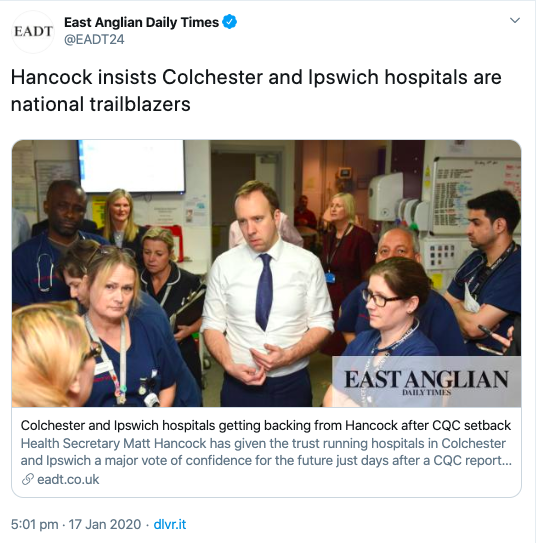 Whatever one thinks of the CQC, it was most irregular that Hancock should publicly undermine his own regulator in this way.

Even more curiously, all these press stories have now disappeared from the internet. This is what remains: 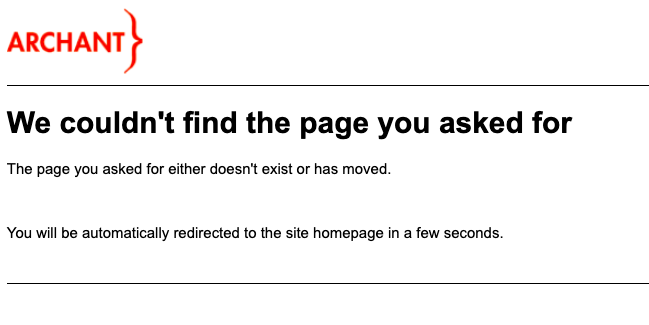 Only one cached version of yesterday’s story by the East Anglian Daily Times remained as far as I could see:

Were Hancock’s antics a step too far even by the grossly deteriorated governmental standards of our day? Did Hancock have his collar felt by senior mandarins who ensured that his juvenilia was quickly tidied away?

Never mind. For those bereft and suffering from Hancock withdrawal syndrome, here is some heart warming coverage of Mr Hancock and Mr Hulme smiling together at an Ipswich Suffolk Business Club lunch in March 2019: