The Health and Social Care Select Committee is holding a hearing on 12 March 2019 on the Kark FPPR Review, on how unfit senior managers should be dealt with.

Tom Kark’s Review report is silent on the role of the Department of Health and Care in perpetuating poor NHS culture.

Below is a letter to Caroline Dinenage Gosport MP and DHSC Minister about documents from the archives of the Gosport Inquiry, which raise questions on whether NHS staff giving evidence were unduly influenced by their employer. The documents also show the DHSC’s role in managing the news.

Minister of State for Care and MP for Gosport

This document was supplied to the Gosport Independent Panel by Mills and Reeves solicitors, who defended the NHS in the Gosport affair.

It contains a media statement claiming that the PCT had cooperated fully with all investigations and that it provided safe care:

“We are very confident that the hospital provides safe, high quality care to all its patients, and will continue to play and important role in local healthcare services for years to come.”

2. Minutes by NHS Hampshire of a meeting on 10 November 2008 which was held to prepare for the above inquests. In attendance was a solicitor from the RCN, Chris Green, and also the staff of a firm of PR consultants.

This document was supplied to the Gosport Independent Panel by Southern Health NHS Foundation Trust.

The PCT’s purpose was clearly to spin the inquests:

These minutes refer to the briefing pack for staff, so it is reasonable to imagine that the staff briefing pack was intended by the PCT and other parties to form part of the news handling.

In terms of the RCN’s involvement, this is a document disclosed by Mills and Reeves to the Panel, which lists the RCN members who were scheduled to give evidence:

3. Archive document DOH70021 A confidential, restricted briefing pack by NHS Hampshire PCT for managers who might have contact with the press.

This document was supplied to the Gosport Independent Panel by the Department of Health.

It again shows the PCT’s intention to spin the inquests and includes at the end of the document a list of “key words” to be used for crafting the desired messages. This included an emphasis on claiming that the problems were historical, that the organisation had been exonerated and that there was no evidence of criminality.

Chris Green RCN solicitor is again listed as an involved party. So was Graeme Zaki Medical Director of Portsmouth Hospital Trust and other managers from that trust.

I am very concerned that the above trail of documents raises questions about the extent to which NHS staff, including some of the original Gosport hospital whistleblowers, were coached to give evidence to the inquests that was more favourable about the hospital than was merited by the facts.

It must surely have been very intimidating for any member of staff giving evidence to see the media statement in the so-called briefing pack which was given to them by the PCT. This seems tantamount to an instruction to take the lines being spun by the trust.

It is especially troubling that whilst on the one hand the Chief Medical Officer’s team assumed that the inquest would find unlawful killing:

the PCT and others were at the same time spinning the opposite, and taking actions that were an abuse of power and could unduly influence witnesses to an inquest.

Indeed, there is concern about the Department of Health’s actions in 2006 in response to BBC coverage of GosportIs, which arises from document DOH013796,  disclosed by your department to the Gosport Independent panel:

“Push them for a comms strategy please.”

I wonder if the Department of Health and Social Care could advise on what steps it can take to ensure that such behaviour is discouraged in future and that NHS staff witnesses to inquests are not in any way pressured to spin a line.

(2) This is a summary of evidence that I have submitted to the Health and Social Care Committee for the Kark FPPR Review hearing on 12 March 2019:

(3) From the Gosport Independent Panel inquiry archives – document FMC000051, the business card of a senior consultant from the firm Trimedia UK, which the NHS hired to help handle the news about Gosport: 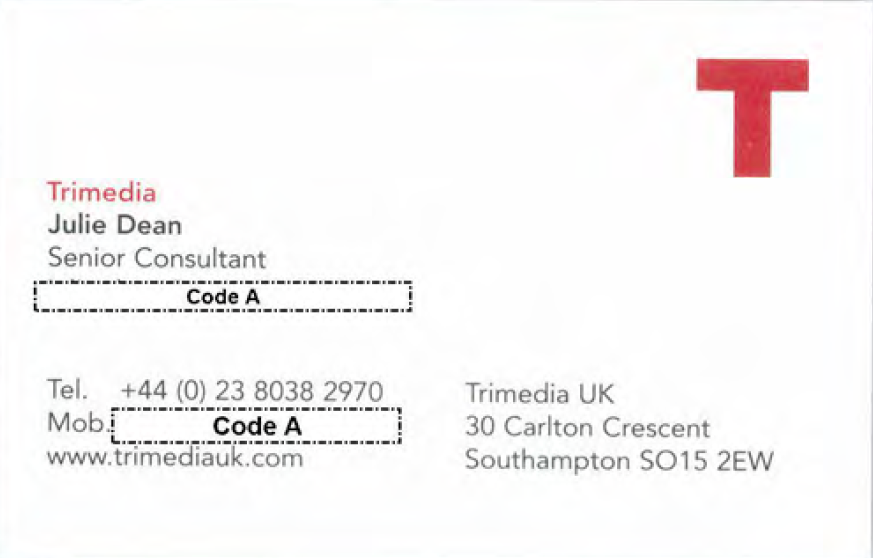