Jeremy Hunt the Health Secretary will be trying to grab some attention at the Learning from Deaths conference tomorrow, by claiming that he is “extending” legal protection for whistleblowers.

See a Department of Health (DH) email about this:

In typical DH style, there is much spin and no detail yet. However, the draft regulations should be unveiled soon, and there will be a brief consultation about the proposed regulations, which will run until 12 May 2017. 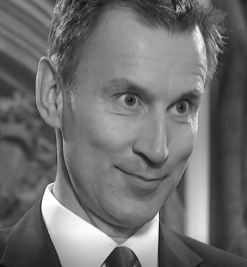 Hunt claims his proposal will:

Judgments about discrimination cases often boil down to subjective factors. For example:

About 3% of all discrimination claims succeed at hearing.

“Claimants were most likely to be successful at tribunal in Wages Act cases (14 per cent) and least likely in discrimination cases (three per cent).” 3

Many more claims are settled.

Therefore, the right to sue is not that much of a gift.

Add to this disbelief about whistleblowers’ complaints of victimisation –  even where Employment Tribunals find that whistleblowers are unfairly dismissed, they are sometimes quite reluctant to link this to whistleblowing.

From Public Concern at Work’s figures for 2013/14, only about 3% whistleblowing claims succeeded at hearing. 4

Many will also have tried to make a claim to the Employment Tribunal, with all the attendant stresses of an adversarial process, and often much personal expense.

Whistleblowers may end up funding their cases themselves because unions bail, and household insurers find excuses not to pay out for legal services.

Even if whistleblowers ‘win’ an ET claim, legal costs may wipe out most of the compensation.

A broke and exhausted whistleblower will not be best equipped to face yet more stressful, expensive litigation.

If all the claimant gets is compensation –  and not a job, this does not solve their long term problem of being blacklisted.

Hunt says he will:

There will also probably be loopholes. Employment Tribunals very occasionally order reinstatement or reengagement of unfairly sacked workers, but employers can opt to resist this and just pay more compensation. There may well be a similar loophole in the government’s proposals for restraining discrimination during recruitment.

And how exactly do you restrain an employer who has already given a job to someone else?

The history of public sector whistleblowing is that employers don’t mind shelling out on litigation, because it’s someone else’s money. This includes aggressive appeals when they lose, to wear the whistleblower out.

“The private sector had a lower share of discrimination cases (56 per cent) than their share of employment tribunal cases as a whole (72 per cent), and the public sector a higher share of these cases (30 per cent compared with their 17 per cent share of claims).”

This raises questions about complacence and failure to change practices – which may be enabled by the fact that it is someone else’s money that is wasted.

There should be more focus on preventing serious detriment and sackings, and a leaner means of resolving issues of detriment, rather than just relying on litigation.

A dedicated body with powers to ensure fair play and remedy detriment at an early stage would be much better than yet more reliance on litigation, after things go badly wrong.

Hunt says his proposal will:

It will also probably come with qualifications, which will place this facility out of most whistleblowers’ reach. For example, how will ‘certain’ will be defined?

The current reality is that the DH does its best to be as unhelpful and obstructive as it can to whistleblowers who ask the Department for help, and does not lift a finger to stop them being sacked.

The new regulation may lead to a few show cases may be paraded for PR (perhaps in time for the next election), but it is hard to believe there will be a real change of heart, or that the majority whistleblowers will be treated decently by the DH.

If the DH was really serious about protecting whistleblowers and clinical freedom in the NHS, it could reinstate consultants’ right to appeal to the Secretary of State against dismissal (swept away when the new consultant contract was introduced), and extend this right to whistleblowers from all staff groups as well.

But all the evidence is that this is a Health Secretary who is bent on ignoring the NHS frontline’s concerns about safety. 5 6 7

A supported work scheme with paid jobs and test placements, should be possible, and allow whistleblowers to gradually re-integrate and re-skill.

Establishing and properly funding such a scheme would be a better use of public money than allowing avoidable conflict and fuelling more litigation.

Instead, what has been provided is a shoe string initiative that is little more than coaching, with no guaranteed jobs. NHSI’s part of the whistleblower employment support scheme has no budget at all, and has not even been launched yet. We’re all attending a workshop on 24th March which will only consult on how the NHSI scheme will operate.

But the delay and lack of real help is a good way to send a message.

The current law, and the government’s latest proposals, have a post detriment focus.

The law should require employers to proactively protect whistleblowers from the point at which they make a disclosure.

It should also require the proper handling and investigation of disclosures.

There should be sanctions for individuals who suppress disclosures and victimise whistleblowers.

The law should be enforced by a specialist agency with powers, which can both investigate and compel investigations, and order remedy of detriment long before dismissal.

I will update this commentary once the draft regulations are published.

If you are a whistleblower, whether NHS or non-NHS, please consider making a submission to the DH consultation, even if only a brief one.

(I’ve asked PCaW several times to re-post the page, but they don’t appear to have done so yet).

7 When so many nurses say the NHS is in crisis, Jeremy Hunt must sit up and take notice, Mirror 19 March 2017