The controversial whistleblowing APPG,  funded by US bounty hunting lawyers Constantine Cannon, brought out its Bill for an Office of the Whistleblower on 28 January 2020.

The Bill was proposed by Baroness Susan Kramer, one of the APPG’s Co Chairs.

The Bill is very short and leaves it wide open for the functions of the Office to be further defined at a later point.

The powers given to the Office of the Whistleblower are described in rather opaque terms by the Bill, for example:

“(a) give direction to and monitor activities of relevant bodies prescribed by the regulations under section 1, including but not limited to confidentiality and the use of disclosed information;”

This lack of detail as to how the Office will operate is troubling. This is particularly so because the APPG previously proposed that the Office of the Whistleblower should be under the control of either the Home Office or the Ministry of Justice, two of the most authoritarian and suppression-prone government departments.

There was also a proposal  by the APPG that all members of the public should be designated as whistleblowers. This would set up the conditions for deputising them as bounty hunters, replicating US models.

The lack of detail in Kramer’s Bill is also a concern given a number of allegations that have been made about WhistleblowersUK the APPG’s secretariat, regarding its treatment of whistleblowers, and financial arrangements.

Moreover, a document recently came to light which revealed that WhistleblowersUK asks whistleblowers to pay for help – “We charge £100 per hour for the work that we undertake.” – and to pay WhistleblowersUK 5% of any award or settlement.

WhistleblowersUK Statement of cooperation and agreement

The Financial Conduct Authority advised on 19 December 2019 that WhistleblowersUK is not a registered claims management firm.

Moreover, enquiries to parliament have revealed that there are no meaningful controls on APPG secretariats, with respect to the Safeguarding of any vulnerable people with whom they may interact.

My impression is that the Susan Kramer’s Bill does little to assuage these concerns.

There is no explicit commitment in the Bill to:

Instead, Kramer’s Bill specifies items that would benefit the whistleblowing and compliance industry:

“(c) form and maintain a panel of accredited legal firms and advisory bodies to advise and support whistleblowers;”

“(e) provide financial redress to individuals whose disclosure is deemed by the Office to have harmed their employment, reputation or career;”

The organisation Protect formerly known as Public Concern at Work, which is currently the dominant UK industry middleman, has “welcomed” the Bill.

But it is very risky for whistleblowers if any Office is created which does not give primacy to whistleblowers’ interests and the public interest, and instead focuses on conflict and detriment, for profit.

Of additional concern is the APPG’s reluctance to answer questions about finances and potential conflicts of interest.

Norman Lamb former MP and APPG vice chair resigned from the Whistleblowing APPG last year because the WhistleblowersUK, the APPG’s secretariat, failed to answer questions which I had asked of the APPG: 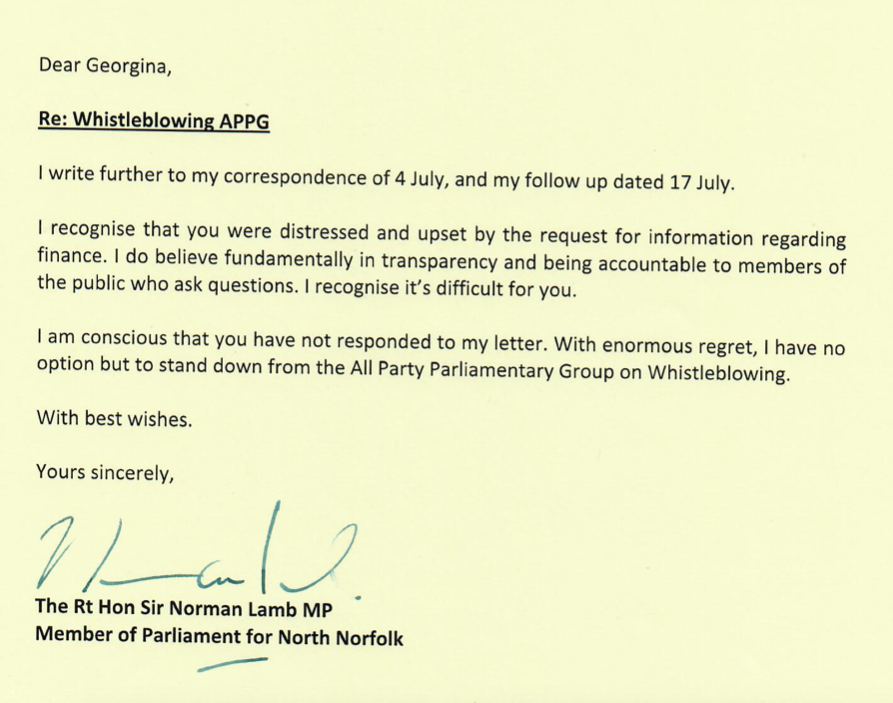 A subject access request to the APPG for my personal data revealed that not only was the APPG’s secretariat reluctant to address my questions, but Susan Kramer suggested that a “simple” response should be given to my questions:

In fact, I have never received a response from any APPG member to my questions about finances and probity.

I am also not sure that the APPG has made full disclosure in response to my subject access request. This is because disclosed documents refer to other correspondence that has not been disclosed.

The subject access request was handled respectively by Stephen Kerr APPG Co Chair and former MP, and then by Susan Kramer. The process has been a prolonged saga, with delays and an extra document being provided only after a query.

After I raised a second query about the completeness of disclosure of correspondence between Norman Lamb and the CEO of WhistleblowersUK about my questions on finances and probity, Susan Kramer maintained that disclosure by the APPG was complete and she commented:

“I have nothing more to add”.

Accordingly, the matter of whether all relevant documents have been disclosed is now being passed to the ICO.

It is hard to feel confidence in an APPG which calls for better governance but does not answer questions about its own conduct and interests, or in a Bill that does not clearly have public protection as its prime objective.

For real reform, ineffective UK whistleblowing law needs to be replaced with law that proactively protects whistleblowers and the public, ensures that whistleblowers’ concerns are acted upon, and sanctions those who cover up and harm whistleblowers.

Industry middlemen who profit from conflict and governance failure should not shape policy about the public interest. 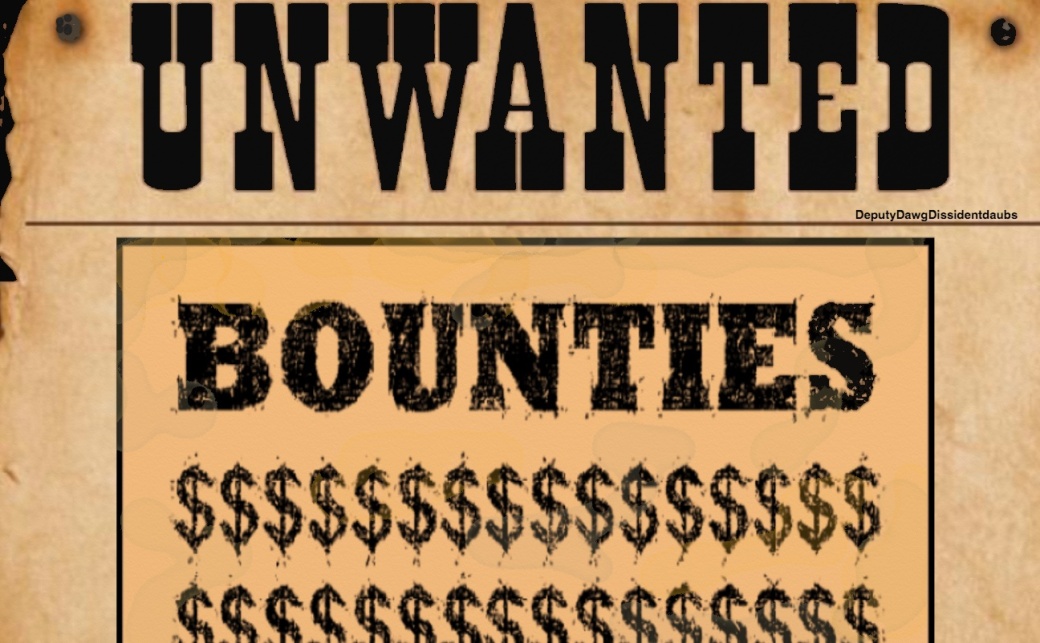