University Hospitals of Birmingham NHS Foundation Trust (UHB) previously claimed falsely under FOI to social care whistleblower Martin Morton that no CQC Regulation 5 Fit and Proper Person (FPPR) referrals had ever been made about its directors.

This was untrue because I had made an FPPR referral about a UHB director.

I am now aware of at least two other FPPR referrals that had been about the same individual.

Moreover, I was concerned that CQC may have colluded with UHB to exclude relevant evidence from the FPPR review triggered by my referral, by arbitrarily parking a later FPPR referral about the same director, for no good reason.

These events were summarised here:

It has come to my attention that the information provided to you within our reply to your FOIA request was incorrect. I have conducted a brief investigation into how this may have occurred and it would appear that there may have been a miscommunication between the relevant members of our Corporate Affairs department. My sincere apologies for this error.

Please see attached email from myself to the Director of Corporate Affairs dated 23 August which provided the correct information but which unfortunately did not reach the FOIA team processing your initial request. I can confirm that during the relevant period the Trust has been made aware of one incident of concern raised under Reg. 5 Fit and Proper Persons. This concern was reviewed with the support of the external legal firm responsible for the management of related matters with an approximate cost of £5000 for the review and related matters.”

CQC subsequently regurgitated this claim of error to me:

Nevertheless, I asked CQC to disclose the true number of FPPR referrals that it has received on the directors of UHB, including on directors of UHB’s troubled predecessor body, Heart of England NHS Foundation Trust.

So it seems UHB was still telling porkies when it “corrected” its original false FOI response of zero FPPR referrals received, and claimed it had received a single FPPR referral. The truth is it knew of at least two FPPR referrals.

Moreover, this latest FOI disclosure by CQC supports what is already known: CQC messes about on a grand scale with FPPR by simply not passing FPPR referrals to provider bodies.

CQC’s phrasing is ambiguous but at least four of six FPPR referrals on UHB directors have not yet made it out of CQC’s stalls. The worst reading of CQC’s FOI response is that only two out of ten FPPR referrals have been passed to the trust.

I have asked CQC to clarify the total number of FPPR referrals received.

It is of course not CQC’s job to withhold valid FPPR referrals from provider bodies, because the determinations on whether directors are fit and proper persons are supposed to be made by the provider bodies, not CQC.

It is CQC’s job to decide if providers’ determinations are adequate and sound.

PHSO has found that CQC should not close down FPPR referrals without seeking adequate evidence of assurance from provider organisations, as exemplified by the case of Paula Vasco-Knight and St Georges:

“We have found that the CQC’s decision to close the FPPR matter in relation to Trust P was made on the basis of incomplete consideration of the evidence.”

It is also troubling to hear that CQC allows its local inspection teams to handle some FPPR referrals. What is the point of CQC’s formal, specialist, lawyered-up central FPPR processes if the local CQC inspectors are allowed to do their own thing with some FPPR referrals?

But snuff out FPPR referrals at an early stage, continue dubiously uprating trusts, and nobody needs to be any the wiser. Job done. Ministers happy.

And how could anyone possibly expect CQC to make a fool of itself by admitting that an organisation that it has publicly lauded as ‘Outstandingly’ well led may not be led by a Fit and Proper Person?

Moreover, I asked CQC to produce any policy, law, government guidance or regulation which allowed it to park a second referrer’s FPPR referral on the UHB director on a pretext that a GMC investigation had to conclude first.

CQC has not produced any policy, law, government guidance which allowed it to act in this way.

Instead CQC has claimed that it had to wait for the outcome of the GMC investigation before acting on the second FPPR referral because it might otherwise be subject to a complaint:

“CQC will share information of concern in relation to an FPPR referral with the provider. However, for the FPPR panel to fully consider all related information we would require the outcome of any relevant referrals made to other professional regulators to make an informed decision. This information would be essential to the process and if CQC were to take a decision on FPPR compliance before waiting for those outcomes, it would risk reaching a conclusion that could be overturned, criticised by the PHSO or which is unfair to the director concerned.

CQC will not refuse FPPR referrals on the grounds that a professional regulator has received a referral and or is investigating, however we are unable to consider the complaint fully without the outcome of this investigation.”

This claim is plainly nonsense because CQC originally proceeded with my FPPR referral in parallel with my GMC referral, about the same UHB director.

There is nothing in CQC’s memorandum of understanding with GMC which refers to delays in FPPR processes contingent on active GMC investigations, or vice versa. There is instead an emphasis on timely cross referrals.

But then, rules are just for plebs to follow. Oligarchs can make the rules up as they go along.

For the time being, there is little end in sight to the abuses. NHS Improvement’s implementation of the Kark FPPR review recommendations, a supposed antidote to these shambles, looks predictably half-hearted.

NHSI’s Kark steering group of vested interests has got the rose tinted specs out and NHSI is comically trying to sell voluntary, “light touch” governance as a remedy for serious managerial misconduct:

Previous exploration of CQC, NHS England and NHS Improvement’s role in the Paula Vasco-Knight FPPR affair illustrated why these bodies should not be calling the shots on how FPPR operates in the future:

Penalties directed at organisations, such as as fines currently proposed by Protect (formerly Public Concern at Work)  are pointless in the public sector as this would deprive already struggling services of resources without any effect on senior management behaviour. Fines are water off a duck’s back it is seen as spending nobody’s money.

Likewise, the largest, immensely wealthy corporations would have no trouble spending their way out of trouble.

Real deterrence will only come when would be abusers know they face serious personal consequences, but that day is a long way off.

CQC has today clarified that it has received a total of 6 FPPR referrals on the directors of University Hospitals of Birmingham NHS Foundation Trust:

Thank you for your email seeking clarification as to our response. I have confirmed the following with the FPPR Manager.

There were 6 referrals in total. These 6 are broken down as follows:

I hope that clarifies our response to you. 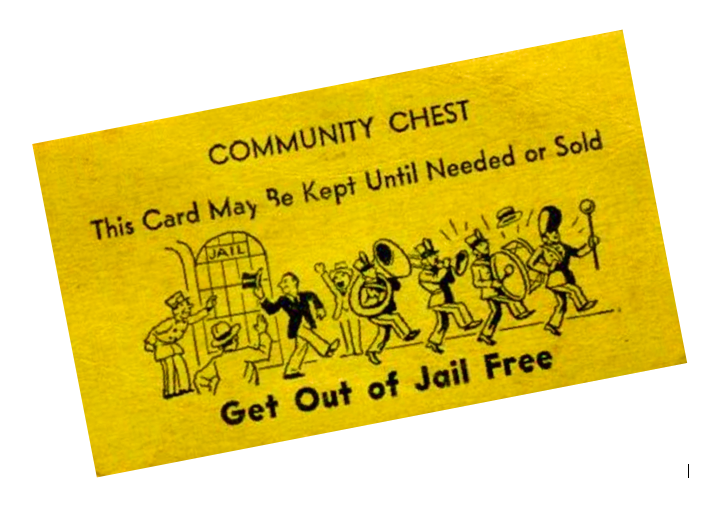