The Care Quality Commission (CQC) has been mired in even more scandal of late.

On 27 July 2017 the Times exposed and severely censured the regulator for covering up the suspected rape of a vulnerable man at an Enfield care home run by Hillgreen Care, with three blistering articles on the same day. 1

The Times accused CQC of ducking its duty, betraying its mission to protect the most vulnerable and thereby failing to deliver the values of a civilised society.

As ever, only under the strain of such a critical press attack did CQC bend and announce that an investigation would be held into its failings. 2

The campaigning charity Compassion in Care had reported on 6 July 2017 that it was aware of 47 whistleblowing cases in which CQC passed whistleblowers’ identities  to their employers. 3

Terse correspondence was exchanged between CQC and the charity. CQC was loftily dismissive of Compassion in Care’s concerns – “we do not recognise this statement” – and demanded proof.  4

But such is the level of concern about care home abuses and whistleblower suppression that Compassion in Care held two recent protests, outside of CQC headquarters and the Department of Health respectively. 5

Indeed, as an indictment of government policy and CQC performance, nine out of ten MPs do not think that our care system is “suitable for the UK’s ageing population”:

Results of a survey of MPs by the charity Independent Age, reported on 31 August 2017:

On 20 June 2017 Helen Rochester a care home whistleblower confronted the CQC board about the fact that CQC had breached her confidentiality and on a later occasion, had been complicit in reprisal.

These are the salient details of the extraordinary Rochester case:

On 24 June 2017 I wrote to the National Freedom To Speak Up Guardian about the Rochester case and CQC’s approach to whistleblower confidentiality. 6

I asked the National Guardian to hold CQC to account and to establish how many other whistleblower cases had been similarly mishandled by the CQC.

She clearly appreciated the urgency of the situation and got straight back to me…on the 31 August 2017.

The National Guardian stated that she expected CQC to maintain whistleblowers’ confidentiality, but made no comment whatsover on CQC’s performance:

Thank you for your email of 24 June (below) setting out your concerns about CQC’s handling of whistleblowers.  You particularly mention the case of Helen Rochester.

I understand that Helen Rochester’s case is the subject of a separate complaint so we do not wish to comment on that, however, I have sought assurance from CQC about aspects of their whistleblowing procedures.  In particular, I have enquired about the preservation of confidentiality.

The CQC’s policy on maintaining the confidentiality of whistleblowers is quite clear.  Their publication ‘A quick guide to raising a concern about your workplace’ states ‘We will not disclose your identity without your consent unless there are legal reasons that require us to do so’. I would expect that anyone handling issues raised by Whistleblowers is aware of this policy, appropriately trained, and that there are assurance processes in place to ensure that the policy is consistently applied in practice.

I understand that CQC intends to widen the scope of their safeguarding committee to include whistleblowing more specifically, and thus provide a more transparent oversight mechanism.  I will ask that the topic of confidentiality is considered as part of the work of this group

Thank you again for your correspondence.  I want to ensure that people who speak up are treated fairly, respectfully, and that the issues they raise are acted on appropriately.

If all the National Guardian ever does is ‘expect’, the CQC will be very happy.

But then CQC is the National Guardian’s employer and part funder. There is little reason to imagine that she will robustly insist that CQC does its job or provide meaningful transparency.

It is a mere six years since whistleblowers who tried to raise concerns about serious abuse at Winterbourne View were notoriously ignored by the CQC, and the government in consequence promised us reform.

The serious case review into the Winterbourne View scandal concluded with icy restraint:

In 2012, on the heels of Winterbourne View the Department of Health cynically appointed Behan, one of its director generals to the CQC. It spun him as CQC’s saviour but we’ve just had more of the same.

However, this has not stopped Jeremy Hunt from recommending Behan for a knighthood, as confirmed by Compassion in Care. 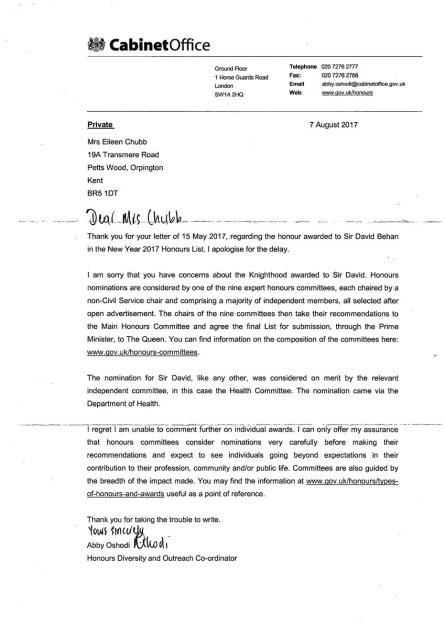 Nevertheless, I have asked the National Guardian if she satisfied herself that CQC has actually audited its protection of whistleblowers’ confidentiality. 7

Don’t expect too much.

But more to come about the CQC shortly.

The National Guardian replied after a reminder to her office, but failed to give a straight answer. This is a core mission failure given the promises by Robert Francis, CQC and the Department of Health that the office would hold CQC, its employer and paymaster, to account. 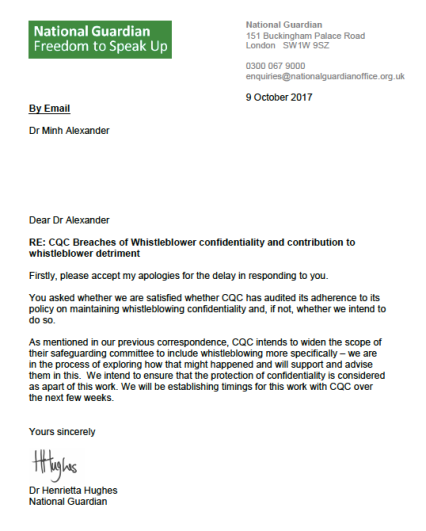 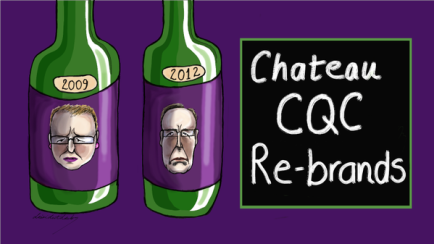 CQC an ongoing concern, a revelatory report by Compassion in Care which reveals the very longstanding extent and repetitive nature of CQC’s care home failures:

1 Three Times articles published on 27 July 2017, related to CQC cover up of a suspected rape and other incidents at care homes run by Hill Green Care

i. CQC covered up suspected rape in care home

iii.CQC is no stranger to claims of cover-up

2 Statement by David Behan on investigation into Hillgreen Care rape

3 Compassion in Care’s concerns about CQC’s breaches of whistleblower confidentiality were widely reported by networks on 6 July 2017: 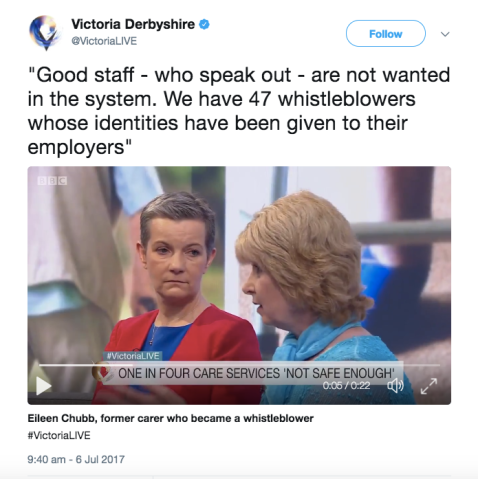 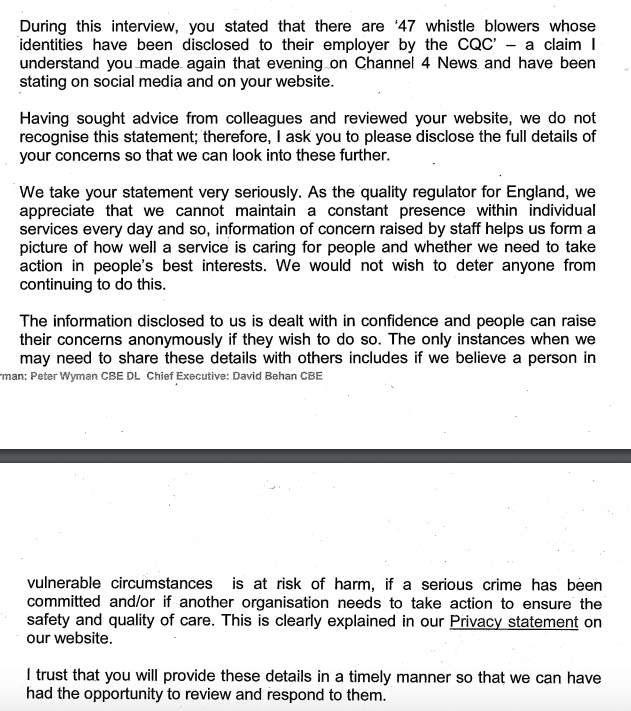 National Freedom To Speak Up Guardian

Thank you for your response on this important matter of CQC regulatory probity.

You say that you expect

b. CQC to have assurance processes in place to ensure that its policy is consistently applied in practice.

May I ask if you actually satisfied yourself that CQC has audited its adherence to its policy?

If you have not done so, may I ask if you will do so, or if it is not your intention to do so, what are the reasons for this?